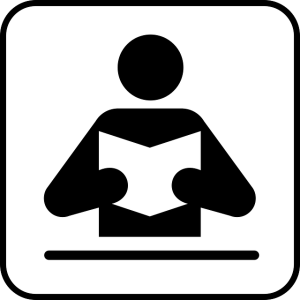 I don’t beta read for people, and I don’t review for them either, unless I’ve chosen to read the book and liked it. There are several reasons for this, and a recent experience reminded me why it was a good decision for me not to do it. The ease with which anyone can get their work into print, is both good and bad. Without publishing houses guiding authors, they are totally undisciplined, mainly because they simply do not know that there is a way of doing things that earns you respect, and many ways that won’t. Trying to educate them is a waste of time; you will either be ignored or lose your kneecaps.

Recently, I made the mistake of allowing myself to be persuaded into beta reading for someone. I said yes before he told me it was over 100k words, and I’m too nice to go back on my word. This guy has an internet presence which gives the impression (however right or wrong) that he enjoys a level of success. He lives in a country where the people have their own, very unique culture, although he is not of that culture himself.

The generally accepted rule of thumb, is that you don’t send your book to betas until you’ve edited it, proof read it, and made it as polished as you can. It is not the job of the beta to point out spelling errors or grammatical mistakes, or to have to traverse them while trying to get into your plot. The manuscript I received had obviously not even been given an initial proof read, let alone multiple edits. It was terrible, not to put too finer point on it. Do this too often and word will get around the greater writing community that you don’t know what the hell you are doing.

Another problem I found, was that it was too specific to the unique culture the author lives in, which I feel would alienate those not of that culture, (which makes up roughly 75% of the rest of the world). Fine if you only intend to publish in that one country, but if you want it to be available worldwide, it’s a mistake, in my opinion. When I say too specific, I mean he used words of that language without giving a translation or giving us any clue as to what it means.

The main problem for me, was that it was far too long and seemed as if he had filled it with tons of minute descriptive detail just to pad out the word count. There was simply far too much minute descriptive detail that did not help the story. I did give it a try though, and set my Word Talk up and sat back to listen. I felt that the first 5 or 6 chapters could easily be discarded without any harm to the main story, and by chapter 9 I had fallen asleep through sheer boredom. I realised that I had probably bitten off far more than I could chew, so I read three or four chapters, then skimmed through another dozen or so, then read three or four more, then skimmed a load more, wash, rinse, repeat until I got to the end. In my opinion, he should cut it down to between 70 and 80 thousand words, and he will have a story that gets into the action quickly and carries you through at an exciting pace.

When I wrote my thoughts to the author, he did not even bother to acknowledge that I had taken my time (free of charge) to give him the benefit of my experience and viewpoint as both an author and a reader. It doesn’t matter that he may not have liked my opinion, he asked for it, I gave it, and I deserved an acknowledgement at least. I couldn’t give a flying fuck what you think of my opinion, if you ask for it, you will it and I expect you to thank me for my time. This guy didn’t, and that shows not only his lack of experience as an author in the field, which will only serve to hinder him as word gets around of his lack of basic etiquette, but also shows that the spin he puts out about himself is just that – spin.

This has proved to me that my decision not to beta read for others is a valid one, and one that I shall stick to in future. It’s not that I’m unhelpful or want to keep other authors down, it’s because when I give hours of my time to someone without charge, and they can’t even acknowledge my contribution, I feel like a fool.

I will be nobody’s fool, so don’t ever ask me to beta read, or read for review.