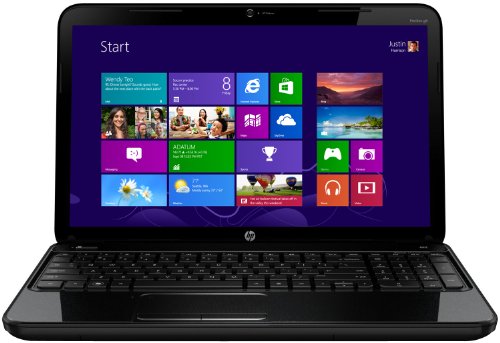 I recently had 3 lucky breaks that netted me 500 quid to splash.  Firstly, I won £80 on the lotto the day before my birthday.  Then Mother gave me £100 for my birthday and then I got offered £300 to format, design the cover and publish a book for a pc illiterate new author.

So today, £500 grasped in my sweaty palm, I headed off to my local PC World to buy my very first laptop.  Having been a desktop user for the past several thousand years, the world of laptops, netbooks, ultrabooks and the like is somewhere I’ve never had the good fortune to venture into.  I am, however, pc literate and know what I want the machine to do and can ask most of the right questions.

What I wanted was my desktop, in a laptop.  I want to do everything I’ve been doing in a newer, faster, smaller and portable machine.  I also want to be able to sit on the sofa while I’m doing it, or lie in Sunday mornings and watch a dvd (I’ve no tv in the bedroom alas) and it would be fabulous if, at last, I had a machine powerful enough to finally be able to play the Riddick pc game Mother bought me a couple of years ago.

A friend recommended a couple to me so I strolled up and down the laptop section for a few minutes and eventually found the tiny machine lurking amongst big slick looking laptops.  Eventually, (this store always keeps you waiting ages for service) a cute looking guy with a sexy accent and an engaging smile called Richard strolled over and we talked laptops.  After hearing what I wanted from a laptop and how much cash I had to spend, he showed me my options.  It came down to one – the hp Pavilion g6.  It has all the right ‘stuff’ inside, enough of all the things you want a lot of, a big enough screen and it will allow me to watch dvd’s in bed and play my Riddick game (so he said anyway, I haven’t tried yet).

This Richard guy gave me a helpline number and said when I got home and unpacked everything, to ring the number and they would talk me through setting it all up.  Great says I and handed over my wedge and grinned all the way home.  After a quick pee, I ripped open the box and rang the number, only for the guy to say I’d been given wrong information and that they don’t do set ups over the phone.  I was really angry as I hadn’t a clue how to get the thing to ‘see’ and recognise my router so in desperation I rang my isp – EE and spoke to a guy called Sandeep who guided me through opening a remote help thing so he could see my screen and got me connected and running within 5 minutes.  Lovely.

3 hours later I’d finally got Norton anti virus and Office loaded and sat back and started using the machine.  My first battle was with the Windows 8 startup screen, which seems like a nightmare to a dedicated xp lover of many years, but once I’d figured out how to rearrange my tiles and pin my chosen apps to my startup screen, I was smiling.  Another 5 hours later and I’d downloaded my favourite photo manipulation software, and used the new Word to design a press release for my books.

So far I love it.  I’m sitting comfortably on the sofa so I will no longer have to stub my toe on that annoying leg that sticks out of my desktop trolley, nor try to balance my ashtray on the corner of the sofa so as not to get ash and muck in my keyboard.

The only downside is that it’s red.  I’d prefer black or even silver but all they had was red.  The only other downside is the pad thing instead of a mouse (that takes some serious getting used to, believe me) and it took me a couple of hours and several pleas for help on facebook and twitter to learn how to right click and click and drag without a mouse, and as for scrolling down a page, well don’t even ask.  Basic stuff but I’ve never used a pad before.  Now I’ve learned those basic things I can start to feel at home on it.  I still have to find out how to attach my printer and my external hard drive I used with the desktop and if both of those are easy, it’s not beyond the realms of possibility that I could get rid of the desktop altogether.

So, in the week following my 51st birthday, I’ve taken another step forward into the technological age.